Eastport established its internal investment division during the first half of 2020, for the purpose of building a portfolio of interests within the natural resource sector. The Company will consider pre-production, production, and discovery-stage opportunities that it believes have the potential to deliver a meaningful ROI.

Additionally, the performance achieved to date, and the current value of the portfolio, provides Eastport with the optionality of self-funding its exploration programmes, without the requirement to issue further equity and prematurely dilute the intrinsic value within its project portfolio. Such strategic flexibility ensures that Eastport can navigate market turbulence in order to maximise the returns generated for its shareholders.

Eastport’s maiden investment was in the initial seed funding of Premium Nickel Resources Ltd at a share price of $0.02, an investment that has subsequently appreciated by 12,400% at the point at which Premium Nickel went public in August 2022.

The Selebi Mine Project is located in Botswana and consists of a single 10-year mining licence covering an area of 11,504 hectares located near the town of Selebi Phikwe, approximately 150 kilometres southeast of the city of Francistown, and 410 kilometres northeast of the national capital, Gaborone.

The Selebi Mine includes two shafts (Selebi, and Selebi North deposits) and related infrastructure (rail, power, and water). The Selebi deposit began production in 1980, whilst production at the Selebi North deposit commenced in 1990. Mining was terminated at both operations in 2016 due to a failure in the separate Phikwe processing facility, and subsequently, BCL Limited, the controlling entity, was placed into liquidation in 2017.

PNRL submitted an indicative offer to the liquidators in June 2020 to acquire the Selebi Mine. On February 10, 2021, the Company was selected as the preferred bidder, and in March 2021 it entered into a memorandum of understanding that provided for a six-month period of exclusivity to complete additional work and negotiate the final asset purchase agreement.

On January 31, 2022, PNRL completed the purchase of Selebi Mines Project, and has since began the process to accurately recharacterize the remaining resources including drill testing near mine, high-conductance borehole electromagnetic exploration targets, resource in-fill drilling, additional metallurgical testing, and early scoping studies.

PNRL’s objective is to redevelop the Selebi Mines Project through modernization and a commitment to best practices in safety and the environment. This includes the evaluation of alternative metallurgical processes to produce separate copper and nickel-cobalt concentrates using less power and water to reach an exportable commodity and have a much lower environmental impact when compared to the legacy processing and smelting.

PNRL intends that the nickel copper-cobalt resources remaining at the Selebi Mines Project will be developed for the global electrification industry and the Company is diligently working on establishing the significant exploration potential that remains in the Selebi North and Selebi Main deposits. 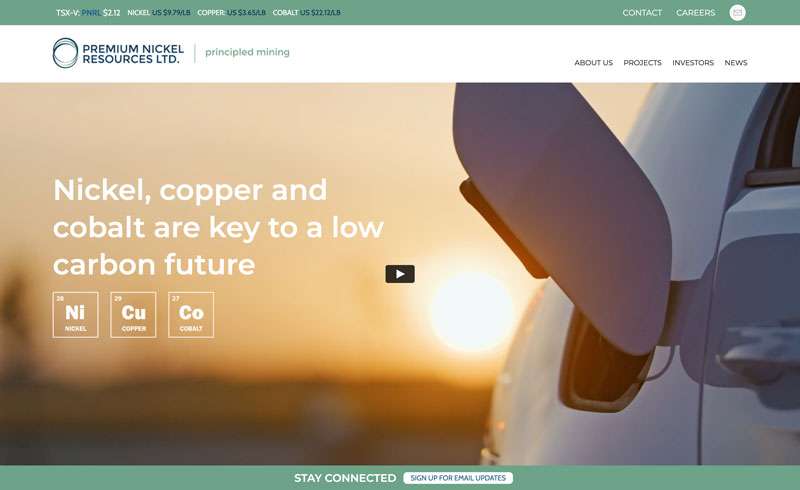 At the time of the BCL liquidation, South African Mineral Resource Committee (SAMREC) compliant Mineral Resources within the Selebi Mines property boundary were reported as in-situ and depleted for mining as of September 30, 2016.

Nickel and copper prices used were US$8.00/lb Ni and US$3.00/lb Cu, respectively. This estimate, which has not been prepared in accordance with National Instrument 43-101 – Standards of Disclosure for Mineral Projects (“NI 43-101”), is considered to be historical in nature and should not be relied upon. However, PNRL management has stated that it believes that it could be indicative of the presence of mineralization on the Selebi Mines property.