Eastport’s Selebi project is comprised of four licences that cover a total area of 2,100 km2, with favourable amphibolite geology located throughout the licence area.

Eastport’s Selebi licences are located to the south-east of the Selebi and Phikwe sulphide deposits, which Wood Mackenzie has estimated contain a remaining in-situ resource of 33.07 million tonnes grading 0.8% nickel, and 1.18% copper. 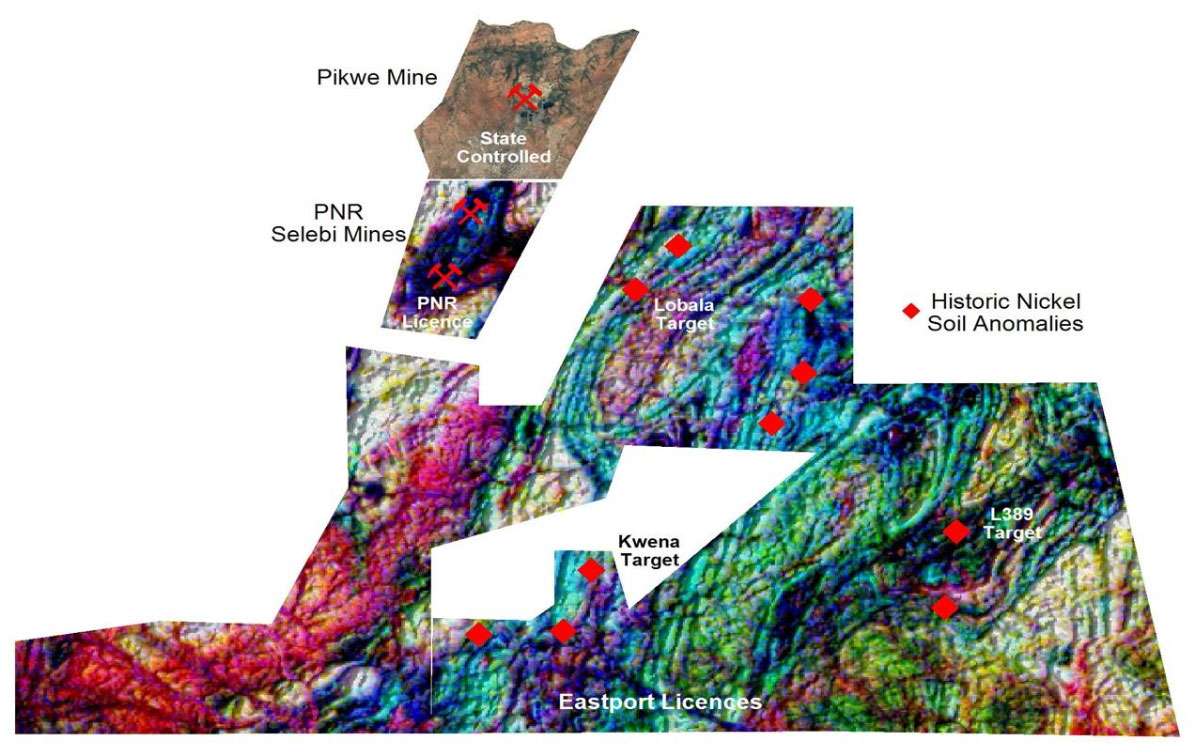 Eastport PL’s with historic Ni-Cu soil anomalies lying to southeast of the PNR Selebi Mine licence.

Following the receipt of the four licences, Eastport acquired the historic airborne magnetic, electromagnetic, radiometric surveys as well as several satellite layers. Re-processing, and in particular the use of the high-quality radiometric data, successfully overcame the significant interference caused by the Limpopo Dyke swarm cutting the licence area. Extensive areas of mafic/ultramafic geology were outlined, and a number of exploration target areas were identified.

The Eastport program will initially focus on soil sampling in areas deemed favourable for mineral deposits recognized during the first phase of exploration; airborne re-processing and archive research. A regional stream sampling survey is also planned.

The program, scheduled for Q3-4, will focus on with areas of coincident historic soil and electromagnetic (“EM”) signatures for example in the Tuni area (“Tuni”). There, the targets are associated with coincident folded mafic/ultramafic geology, anomalous copper and/or nickel in soils and weak to moderate airborne conductors. A historic drill result in the Tuni area (Tsetsejwe East target) reported: 1.1% Cu in brecciated ultramafic.

In the Kwena area, an EM anomaly is associated with a 2.4km long nickel and copper soil anomaly. Drilling within this anomaly intersected 18m of copper and nickel mineralized mafic/ultramafic rock grading up to 0.9% Cu and 0.24% Ni.

Many other anomalous areas were revealed in the research. The map locates a number of these and each will be considered for follow up during the next six to twelve months.

Eastport has also established good relationships with a number of the local communities within the PL’s. Each has committed to assisting Eastport with logistical and field staffing requirements. Our group values these relationships and we are looking forward to mutually beneficial operations.

The licence hosting three mines is the former BCL mining licence, now owned by PNR, in which Eastport is a shareholder. The remaining four licences are held by Eastport subsidiary, CES. 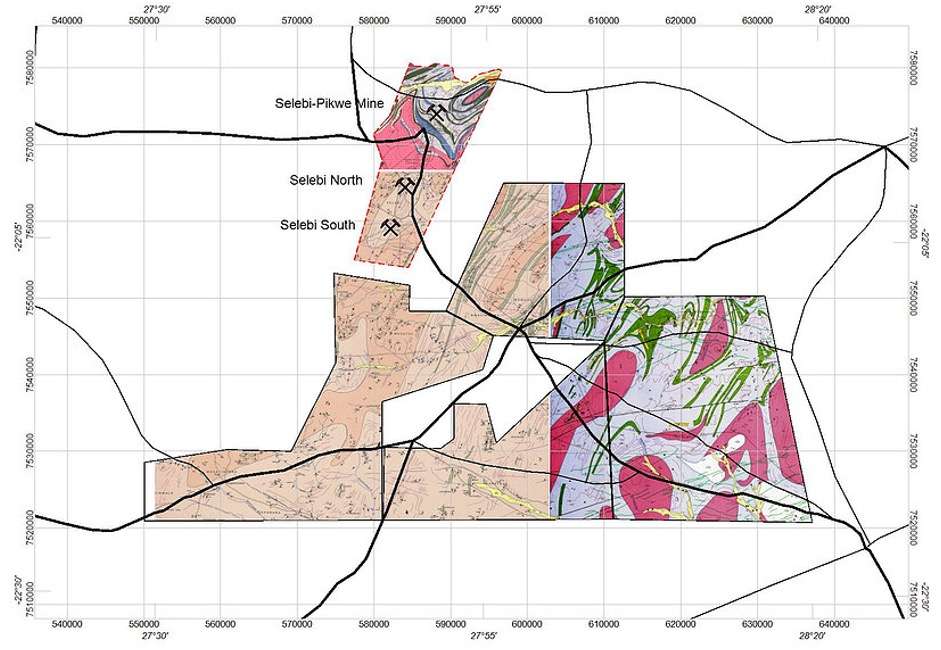